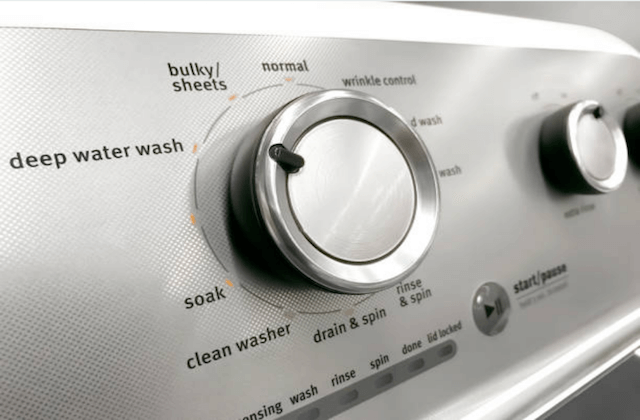 For many people, when they are faced with a situation where their washer won’t start, they tend to panic and think that there is a major problem. In all reality, this is a problem that can likely be solved with a little bit of time and troubleshooting. Some issues may require the attention of an appliance repair company, but not all of them.

Here is a list of some of the most common reasons as to why a washer may not turn on and some of the things that you can do to fix it.

WHY ISN’T YOUR WASHER TURNING ON?

First, you are going to want to check all of the simple and obvious reasons as to why the washer won’t start. Check to make sure that it is plugged in and that none of the breakers or fuses have been tripped. If a fuse or breaker is tripped or blown, replace it and then try and turn it back on. Also, make sure that you have shut the door properly because this will cause the washer to not turn on as well.

An easy way to tell if the problem is the door interlock is if the lights come on but the machine won’t start. The problem could be that the door is not activating the interlock or that there is something wrong with the wiring to the interlock. This is the kind of problem that will require calling a professional for washing machine repair.

This switch is what prevents the washer from starting or continuing when the lid is open. You will need to open the top of the washing machine in order to access the lid switch mechanism. Make sure that there is power to the washing machine and press the switch. If you do not hear a click when you press this switch, then you are going to have to put in a new one.

You will also want to check to see if there is a fuse that powers this switch because if this fuse blows, the switch will not work, and thus the washer won’t work. If the fuse has blown, it is easy to get a new one and replace it.

The Washing Machine Is Overheating

This is one of the easiest problems to troubleshoot. Many times, when a washing machine overheats, it does so after you do multiple loads one after another. In order to see if this is what is going on, give the washing machine a couple of hours to cool down and then try to use it again. If it starts again after allowing it too cool, try not to do too many loads one after another and this shouldn’t happen again.

It is possible that the washer won’t turn on because the mechanical timer knob doesn’t properly line up with the lines and/or graphics on the control panel. You can attempt to troubleshoot this by advancing the knob forward just a little bit. Then pull the knob out to see if this will get the washing machine to start again.